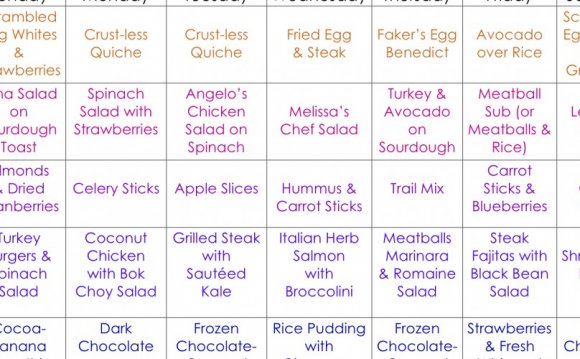 So it’s beyond frustrating when you lose weight fast and end up losing muscle right along with it.

But researchers for McMaster University in Hamilton, Canada, have found it’s possible to do both—gain muscle while cutting fat—in just 4 weeks.

In their month-long study, which was published in the latest issue of the American Journal of Clinical Nutrition, 40 overweight men in their 20s followed a rigorous exercise program and followed a diet that consisted of 40% fewer calories than what they would normally require.

To help reach their daily dietary requirements, the higher-protein group also drank a whey protein shake within 15 minutes of finishing a workout, too.

The researchers chose whey because “it’s the highest quality protein available, ” says Stuart Phillips, Ph.D., lead study author. Meaning that it contains all the essential amino acids your body needs to make protein, and its easy to digest, he explains.

The results: After 28 days, the higher-protein group experienced about 2.3 pounds of muscle gain and about 10.5 pounds of weight loss. The lower-protein group retained their muscle mass and lost about 8 pounds. Every participant got stronger and fitter, says Phillips.

Those are huge results in such a short time span—but not that surprising, says Men’s Health nutrition advisor Alan Aragon.

After all, high-volume resistance training coupled with high protein intake enhances muscle growth. Anaerobic training—like HIIT, sprints, and plyos—are known to burn a ton of fat and improve fitness. And the men in the study were overweight and untrained to start, so their bodies responded well to the stimulus, Aragon explains.

They were also closely monitored by a team of scientists the entire time, he says. Everything was controlled from what food they ate to what workouts they did. In the real world, the average guy would find it extremely difficult to adhere to such a strict and tough plan without assistance.

However, the study proves that if you want serious results you need to put in serious effort. You need to cut calories, drastically increase protein, move more, lift weights, and break a sweat multiple times a week. There’s no easy way around it, especially if you want to see big changes within a few weeks.

Luckily, there are ways to do that outside of a laboratory—programs that allow you to make changes quickly while sustaining your results over the long haul.