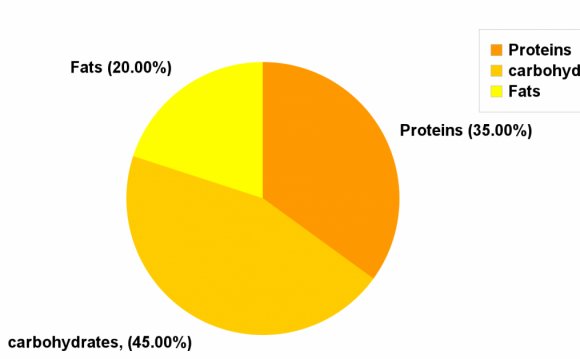 After my first day of Olympic lifting, I ran home, looked in the mirror, lifted up my shirt, and waited. Where were my abs?

Turns out muscle building was only slightly more complicated than I had anticipated.

While you will most likely see some improvement in your shape when you up your fitness, it’s only when you harness the power of fitness and diet combined that you will get serious results.

Talk to five athletes. There’s a solid chance you’ll hear about five totally different diets; and all five of them will swear that they’ve found the answer to elite athleticism and nutrition. Here’s the crazy part: Every single one of them could be correct.

Take intermittent fasting, for example. The general idea is that you give yourself a window to eat – six hours, eight hours – and you fast the remainder of those 24 hours. It’s preferred by many due to the fact that when you train fasted, you’re pulling energy from stored fat; and if your first meal is post-training, what you consume is used as efficiently as your body can allow: for muscle building and recovery.

On the opposite end of eating two large meals a day is the school of thought that you’re best served eating five to six smaller meals. The arguments behind eating smaller and more frequent meals seem valid: It stops your body from going into a state of hunger and keeps your metabolism constantly chugging along. Faster metabolisms burn more fat, right?

There are countless other meal plans outside of these two that athletes use to gain muscle mass, like DEAD (Dozen Eggs a Day) and GOMAD (Gallon of Milk a Day). Athletes wanting to put on some serious weight will drink a gallon of milk a day short-term (say a month or two), and they’re all but guaranteed an increase in body mass thanks to milk’s high protein, fat and carb content.

Somewhere else, you might have a CrossFitter measuring out precise portions of all-Paleo meals and snacks, while a powerlifter is eating everything he can get his hands on, including BBQ, pizza and BBQ pizza.

Regardless of these differing meal plans of action, there seems to be increasing concern for one thing in particular: eating after you train, during the well-known “anabolic window.”

How To Gain Muscle Mass For Skinny Guys