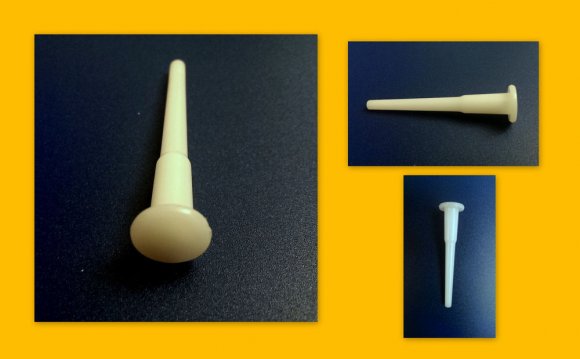 After hearing a lot of amazing things about L-Glutamine, I decided to start using it at some point a few years ago. The supposed benefits of this supplement seemed pretty impressive while the potential side effects seemed non-existent.

Well now, years later, I’m finally ready to do a complete and honest review of it and let you know about the REAL benefits, the REAL side effects, and the overall truth about what an l-glutamine supplement does and does not actually do.

First let’s start with what it isn’t. No matter what the idiot in the supplement store tells you (or the company itself claims), l-glutamine is not a muscle builder or a fat burner. It won’t make you bigger or stronger or burn fat or do any of those types of things in any way whatsoever.

Instead, l-glutamine is the most abundant inessential amino acid in the human body and makes up the majority of the amino acids in skeletal muscle. Despite being involved in many crucial roles in our daily health and function, it’s considered “inessential” because the body is capable of producing it on its own.

However, there are situations when l-glutamine can become essential… the most notable of which is when intense activity (like weight training, cardio, etc.) is being performed on a regular basis. And this of course is why it became a popular supplement among people who exercise regularly.

What Are The Legitimate Benefits?

First let’s start with the not-so-real benefits that have mostly been proven to not actually exist.

I’m pretty sure the original reason I started taking an l-glutamine supplement back in the day was because of its supposed anti-catabolic effects. Catabolism refers to the breaking down of your muscle tissue, which is something that you don’t want to happen.

Basically, the thought was that since people who were trying to lose fat (and were therefore eating less calories, doing more cardio, etc.) were at a higher risk of muscle loss (which is true), taking an l-glutamine supplement would help maintain muscle thanks to its amazing anti-catabolic muscle preserving effects and benefits.

Sounds pretty awesome, right? I thought so too. Unfortunately, it’s mostly bullshit. The studies people incorrectly got this idea from were hardly relevant to healthy and active adults. So no, these types of benefits don’t actually exist.

Of course, the idea that an l-glutamine supplement builds muscle is complete and utter bullshit. I can only assume this idea came as a result of the fact that l-glutamine is the most abundant amino acid in muscle, so if you took more of it, it would somehow lead to more/bigger/better muscle? Ha, funny stuff.

And let’s not forget the supplement companies and fitness magazines. They are probably the most to blame for this and countless other false benefits of supplements. I’ve seen them claim a multivitamin can build muscle, so I’m sure all kinds of amazing effects were claimed about this one.

But no… NONE of it is true.

Now so far it seems like an l-glutamine supplement is completely useless, right? Well, while it’s no where near as amazing as some people used to (and still do) think it is, it still most definitely has some useful benefits and effects on the human body.

These are the benefits that are actually legit and proven in both science and the real world (unlike the nonsense I mentioned a minute ago), and the first two benefits on that list are the reason I still take it and would recommend anyone else take it as well.

People taking an l-glutamine supplement often report reduced muscle soreness and enhanced workout recovery. A lot of people also swear by it as a sickness-preventer, basically helping them avoid catching colds and that sort of thing.

Supplements I Use for Muscle Gain and Fat Loss- Tablets ...