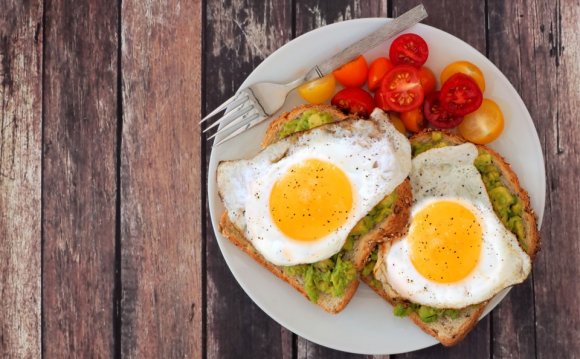 Question:Is it possible to stay at the same weight and replace fat weight with LBM, by making decent strength gains over time? (i.e by not actually leaning out and then mass packing etc). Can the body use the extra calories that are needed for new muscle gain from existing fat stores on the body? I’m assuming this is the case for beginners, but how about intermediates/advanced trainees? If so, roughly what sort of time frame would be needed to say drop 10lbs fat and replace with the same amount in muscle? Thanks.

Answer: I’m willing to argue that if there is a single question (or related set of questions) that comes up perennially in the field of training and nutrition, it’s something akin to the above. The idea of ‘gaining muscle while losing fat’ in general or, better yet ‘replacing every pound of fat lost with muscle’ is sort of the holy grail of training and nutrition and a great deal of approaches that are supposed to generate that very thing have been thrown out over the years.

In essence, this is the basis of bodyrecomposition, you train and eat in such a way as to end up with more muscle and less fat than you had before. People on forums either want to know how to accomplish the above or make statements such as “I want to gain muscle without gaining weight.” implying that they are replacing every pound of lost fat with the exact same pound of muscle. Others will hide it in the math of the situation, wanting to move from one weight/body fat percentage to another without recognizing what that implies for the numerical changes that they are seeking.

Now, when I was younger and only thought I knew what I was talking about, I would often say that the above was impossible to accomplish. In hindsight, impossible was a bit too strong of a term; clearly it’s not impossible as it does happen. But it can sure be difficult depending on the situation.

There are a handful of situations where the combination of muscle gain and fat loss occur relatively readily. The first of those is in overfat beginners. I want to really stress the term overfat in the above sentence. This phenomenon doesn’t happen in lean beginners for reasons I’m going to explain in a second.

A second situation where this phenomenon occurs readily is folks returning from a layoff. Folks who are previously lean and muscular but who get out of shape (whether deliberately or not) often find that they get back into shape much faster than they did initially: they seem to magically replace fat with muscle. In fact, with the advent of before/after transformation pictures for supplements, this has become a growth industry: people who are already in great shape will deliberately get out of great shape so that they can quickly reattain their previous shape in a short period. Apparently there is huge money in selling such before/after pictures to help move supplements.

But that’s not really what the question was asking which had more to do with this idea: can the body use calories stored in fat cells to support muscle growth, essentially shunting calories from fat to muscle and achieving the holy grail: fat loss with concomitant muscle gain.

And this brings me back to my comment about overfat beginners as I think this explains some of the physiology involved. Please note that I’ve never really seen this topic studied directly and much of what I’m going to write is based on either observation or other known aspects of physiology that I feel tie into the issue.

So consider an individual who is carrying quite a bit of fat and not very much muscle. Your typical overfat beginner trainee. Let’s look a bit at what’s going on physiologically for this person.

One consequence of the excess body fat is a systemic insulin resistance and this is especially true for fat cells. Basically, when fat cells start to get full, they become more resistant to further caloric storage. That is to say: insulin resistance actually develops as an adaptation to obesity and this is one reason that obesity is often associated with things like hyperglycemia, hypertriglyercidemia and hypercholesterolemia; the fat cells get so full that they stop accepting more calories. So instead of being stored, glucose, triglycerides and cholesterol sit in the bloodstream. In that vein, and quite contrary to popular belief, insulin resistance actually predicts weight loss and insulin sensitivity weight gain but that’s another topic for another day.

So we have a situation in overfat folks where fat cells are sort of trying to ‘push calories away’ from the fat cells. That’s point #1.

The second thing to consider is the untrained state and the fact that when people start training, they always make gains in both strength and muscle mass faster. That is, beginners have the potential to gain muscle at a much faster rate (and more easily in terms of the stimulus needed) than someone trained. As well, keep in mind that regular training (both resistance training and cardio) improve muscular insulin sensitivity and nutrient uptake in that one specific tissue (training is probably the most powerful tool in our arsenal to improve nutrient uptake in that specific a fashion). That’s point #2.

So consider the combination: we have a situation with overfat beginners where fat cells are very insulin resistant and essentially trying to push calories away. Now we throw training on that, not only sending a muscle building stimulus via training but increasing nutrient uptake into skeletal muscle through effects on skeletal muscle nutrient uptake/insulin sensitivity.

Lifting Weights Does Not Help You Build Muscle and Lose Fat

Lose Fat & Build Muscle : How to Lose Weight By Dancing

Lose Fat AND Build Muscle AT THE SAME TIME!