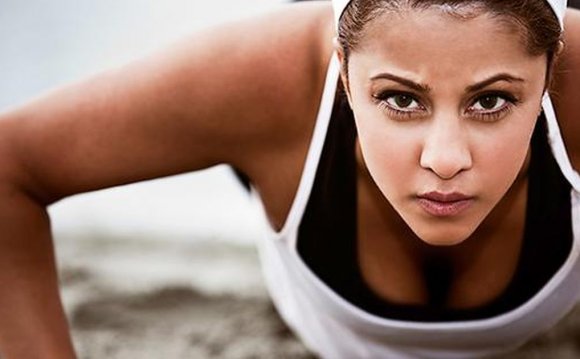 Yesterday I’ve explained that building muscle while losing fat is impossible because they’re conflicting goals. I’ve also showed you that although several of my SL Members have done it, they’re exceptions to the rule.

In general, there are only 4 situations where you can build muscle while losing fat WITHOUT creating that caloric deficit that is otherwise crucial for fat loss…


1. You’re weak. Strength is directly related to muscle size. If you can’t even Squat 225lbs, then you will gain muscle fast by gaining strength on that lift. As a result, your body fat % will decrease and you’ll look leaner at the same weight.


2. You’ve Trained Before. is now backing up what lifters have been saying for a long time: it’s easier to regain muscle than building it from scratch. If you train, quit for a while, and then resume months/years later, you’ll regain muscle faster than you first built it and are more likely to lose fat in the process.

My early mentor once quit lifting. When he resumed years later, I saw him regaining the muscle he had lost within weeks – Muscle Memory. Same with (“Bluestreak”, 30, Australia) who got back into the game recently after a long break: he regained his old body-weight and strength in no time.

3. You’re a Genetic Freak. I hate telling you this, but some guys they’re just born with a magic metabolism and gain little fat when building muscle. I’ve seen guys who already had an athletic build without even touching a weight – usually mesomorphs. Not a lot to say about it, it’s just how things are.

Off the record: I have anything but great genetics – with my 6.7″³ wrists at 5’8″³ I fit the “hardgainer” category. I got a small, ectomorph build. Heck, I couldn’t even do a single Push-up when I got into all of this.

4. You’re Using Steroids. I’ve trained 5 years in a gym filled with bouncers and saw drug-using lifters eating junk food all day without gaining an ounce of fat. It’s how it works. Obviously, these guys couldn’t keep their gains off the cycle because they never learned how to train smart and eat right. The result: lack of motivation, inconsistency and yo-yo muscle gains.

You understand why you’re unlikely to build muscle WHILE losing fat. But what if you need to lose fat AND want to gain muscle too? What should you do then? Lose fat first OR build muscle? Tell me in the blog comments, my answer follows.

7 Vegetables That Can Help You Build Muscle