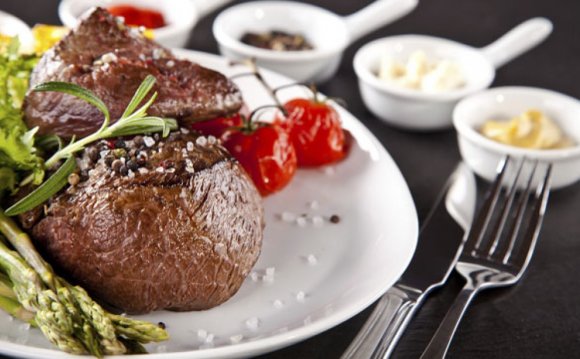 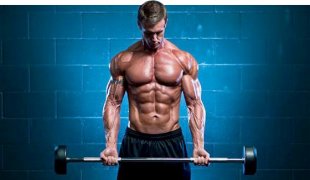 When I began my fitness career, I didn't know anything about muscle-building nutrition other than the standard "eat lots and lift heavy" rule. So that's what I did. All through my 20s, the only macro I ever worried about was protein. I never counted anything and ate what I wanted when I wanted it. I never felt guilty.

My goal was to be a bodybuilder. As a fan of the sport, I would watch my favorite athletes get insanely shredded for shows and then shortly after go back to eating massive amounts of food so they could come back the next year even bigger. I figured they had to be doing something right, so that's how I approached my own nutrition. I cut way down for my shows, but the second the season was over, I would start eating whatever I wanted again. This type of plan was actually difficult because I would get so big I'd struggle to cut back down in time for my next show.

By chance, I injured one of my quads the day after a bodybuilding show. I had another show only two weeks away, but my leg was swollen, I couldn't flex it, and it hurt to work out. That's when my trainer suggested I try a new division called men's physique. At first I was hesitant and thought people would make fun of me, a heavyweight bodybuilder, for entering a contest. Eventually, though, I agreed.

I had a blast at the show and placed second to my friend and now IFBB physique pro Trevor Larsen. I loved the class and decided from there that I would switch divisions and train to compete. This switch changed my entire nutritional approach.

I switched divisions and started training for physique. This switch changed my entire nutritional approach.

As the physique division progressed, it got more and more popular. I started to hear the word "aesthetics" more often and guys started to stay lean year round for photo shoots and fitness expo appearances. To be competitive and make a name in the industry, I had to learn how to hold my shape much longer than a month. Some guys were doing more than seven shows each year!

For some athletes, staying lean all year works. For others, it's a little harder. I fall into the second category. After a long season, I can definitely see how constant dieting affects my body. I'll appear to have lost mass and fullness and my body won't respond quite as well as it normally does to my diet. So I take an offseason. It can last anywhere from 4-8 months.

During my offseason, I don't just jump right into eating more calories. I gradually increase until I get up to the 3, 800-4, 200 mark, which is plenty. I gain slowly, I have better workouts, my mental state does great with this method, and I have plenty of energy throughout my prep. I don't go crazy eating whatever I want, though. I try to be smart about how I bulk so I can be back in stage shape within 30-60 days.

Even after I get to my max calories, I still do a cheat meal once per week. My cheat meals are pretty light, though. They usually consist of three quest bars, one or more cups of oats, 4-6 tablespoons of peanut butter, and maybe some ice cream. If there's a social event or a weekend date night, I may have a burger and fries, but that's rare.

During my bulking process, my workouts are great. I tend to lift a lot heavier and really push myself for optimal growth. That's the purpose of having an offseason.

When I start to schedule shoots and shows that I need to be in shape for, I slowly start pulling back a bit on calories until I hit my maintenance levels. That's my starting point for a contest or photo-shoot prep diet.

COMPLETE MEAL PLAN For Gaining Size on a Tight Budget ...

Gain Weight And Muscle With This HEALTHY Meal Plans