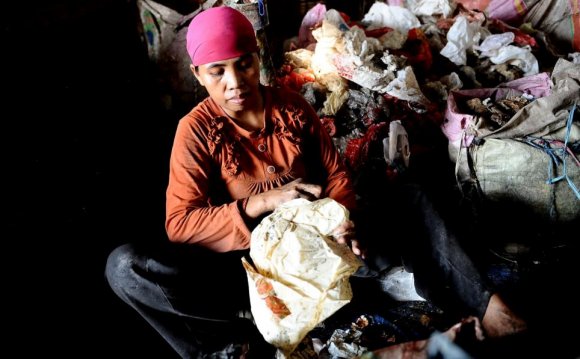 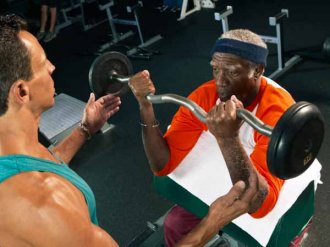 Muscle is harder to build and maintain as we age. In fact, most of us start losing muscle around age 30, with a 3- to 8-percent reduction in lean muscle mass every decade thereafter.

This is due to lower testosterone levels in men and lower estrogen levels in women — both hormones that help build muscle — as well as changes in nerve and blood cells and the body not converting amino acids to muscle tissue as efficiently, among other factors. But muscle loss doesn't need to be inevitable: For adult men and women, regular resistance training exercises are key to building and keeping muscle.

Strength training is an important piece of the fitness equation. Men and women should participate in muscle strengthening activities that work the major muscle groups (legs, hips, back, chest, abdomen, shoulders and arms) at least two times each week. Examples of strength training include lifting weights, using resistance bands and doing push-ups, pull-ups and sit-ups. Even everyday activities such as carrying groceries, playing with your kids and gardening can strengthen muscles.

One of the best ways to support strength building is good nutrition. An eating pattern that includes five to six small, balanced meals per day fuels muscle growth. Protein, carbohydrates and fat play a major role, as does getting enough calories throughout the day. Read on to find out how each macronutrient can help you bulk up — and how much to eat every day.

When building muscle, the more protein the better, right? Not necessarily. While you're working to build muscle with exercise, protein should make up 10 to 35 percent of total calories for adults. Research shows there is no benefit to eating more protein than this amount and it can be harmful.

Keeping muscle mass, on the other hand, requires a lot less protein than building new muscle. For example, the needs of a sedentary adult are 0.37 grams per pound of body weight, and that equals about 46 grams of total protein for an adult woman and 56 grams of total protein for an adult man per day. A typical day that includes 3 servings of low-fat or fat-free dairy plus 3 servings of protein foods (such as lean meat, poultry, fish or beans) will provide quality sources of protein to help reach that goal. Grains, especially whole grains, also provide some protein but may not be enough to meet dietary needs.

Carbohydrates are an important group of foods for fueling your muscles. That's because carbs are partially converted to glycogen, which is stored in muscle to power your workouts. Men and women who are strength training at least twice a week need at least half of their calories from carbohydrates per day. That doesn't mean you should be loading up on pizza and bagels. Try adding in good quality carbohydrates that are low in fat, such as whole-grain breads and cereals for the best strength-training boost. Low-fat milk and yogurt and fruits and vegetables are also good options and provide some carbohydrates in our diet. When planning your meals and snacks, it is recommended to stay away from higher fiber foods prior to or during exercise.

Contrary to the fat-free trend, you actually need fat in your daily diet. Your body relies on fat to supply energy to muscles during activity, and how much fat a person needs can vary. As a general guideline, fat should make up 20 to 35 percent of your total calories.

Fat contains twice the number of calories as carbohydrates and protein, so it is important to monitor serving sizes. For example, 1 tablespoon of olive oil has 120 calories and 1 ounce of walnuts (about 14 nuts) has 185 calories. If possible, measure and count before eating.

How to gain muscle mass