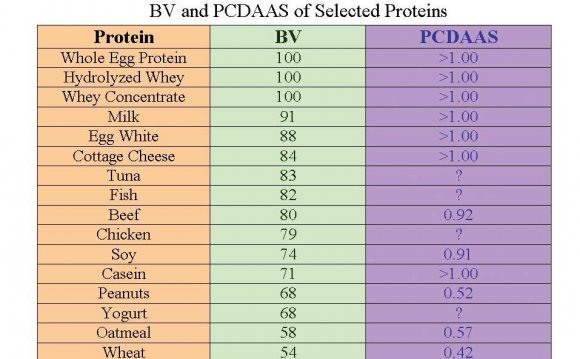 Selling a bodybuilder on protein is like selling an Eskimo on ice cream. It doesn't make a whole lot of sense. So I think I can cut out a lot of the cr@p that I use to expand your minds in other articles and this probably won't be a very long article.

Then again, that's what I thought about my feature on creatine and that one ended up being 7 pages. For those of you just tuning in to our fair sport, here is the short state of affairs so far: Protein is the single most important nutrient to a bodybuilder.

You can afford to slack off on any other nutrient for a period of time and still minimize the damage, but a bodybuilder without protein is like a bar without beer. It's a ship sinking faster than the Titanic in a heavily mined area amidst falling comets and two heavily armed hostile battle-ships.

At one point the FDA calculated that you needed 0.8 to 1 grams of protein per kilo of bodyweight. As with most of the FDA's calculations they were for a 2000 calorie diet and grossly underestimated. Lately the recommendation the experts are issuing for athletes is 1 gram per pound (2.2 lbs to a kilo) of lean bodyweight.

Those of you who know me best understand that I've started a bit of a crusade against misinformation and overpriced supps. Too much protein can have side effects. If they take up too large a part of your diet it can cause gastro-intestinal disorders the likes of which you have never seen.

Chances of you consuming that much is unlikely, but if not for you, at least consider those who live around you. Unused protein in the intestines can lead to some really foul-smelling gas. Protein in your gut attracts bacteria that transform its smell to something between a cadaver and 3-month old egg whites.

The sources of protein are many, and each has its values depending on the aminos they're made up of and the length of the chains of aminos. The ones you should be considering are soy, milk, egg, meat, casein and whey protein.

One of the most frequent questions I get is "What kind of protein should I get?" That's a question you wouldn't pose if you understood protein. Diversity is important: To get a good spectrum of essential amino acids, which in turn produce non-essential amino acids.

By making sure you get enough protein, you in turn make sure you have more than your share of essential aminos and that alone is enough to make your body function properly and recuperate better from all the strain you subject it to.

Proteins are ranked according to Biological Values (BV), arbitrary numbers given to protein to show comparisons in their availability within the body. At the time the system was introduced eggs were given the highest BV of 100 because they are the most bio-available natural protein.

Afterwards whey was isolated from milk and shown to have a higher BV, and depending on the process used can yield percentage from 104 to 154 on the scale.

BV scales are a useful tool in putting together a complete protein, but it pisses me off that it's being used as a sales-pitch by companies promoting their whey products. Obviously a high BV brings with it certain downsides.

The highest yield of protein currently available, it's a derivative of milk protein. Its short chains and peptides make it available for absorption within ten minutes of ingestion sometimes. It's kind of a protein booster.

If you asked which protein is best to invest in WPI would be it. No sane nutritionist would tell you otherwise. But caution is the key. Taking in more than 30 grams at once is not advisable because of its short-lived half-life.

The best way to counter this effect a bit is to mix it in milk and not water. As I explained in my last article the casein in milk protein slows down the digestion of the whey protein, which may give it more time to absorb. It's a bit of a time-release mechanism.

The extreme hunger of the cells and the fast-acting properties of whey will make sure you use the best window for recovery to the fullest. If not, the body will hunt the stored reserves of nutrients and when on a diet for example that will cause them to rob other muscle-tissue of glutamine.

So whey is the best protein, especially on a diet. It also supplies the most aminos bodybuilders use. Its unfortunate high cost however makes me advise you to use it sparingly. Whey protein is the only choice when on a diet however. When on low carb diets whey can function as an alternate source of energy, sparing hard-earned muscle protein and glutamine stores within the body.

This protein was the first isolated whey, but with the emergence of Isolates, it has become perfectly useless. At only 4 points more on the BV scale it may be wiser to supplement with egg protein, the preferred protein source of bodybuilders as early as the 30's.

Whey concentrate has taken on a life of its own in the industry because most companies are too cheap to use all whey isolates, and it's used as sort of stuffing of protein, just so they can say they use only whey protein.

THE BEST PROTEIN SOURCE FOR HUMANS

Best Pre and Post Workout Meals For Building Muscle For ...